Surviving the pandemic by singing songs that resonate 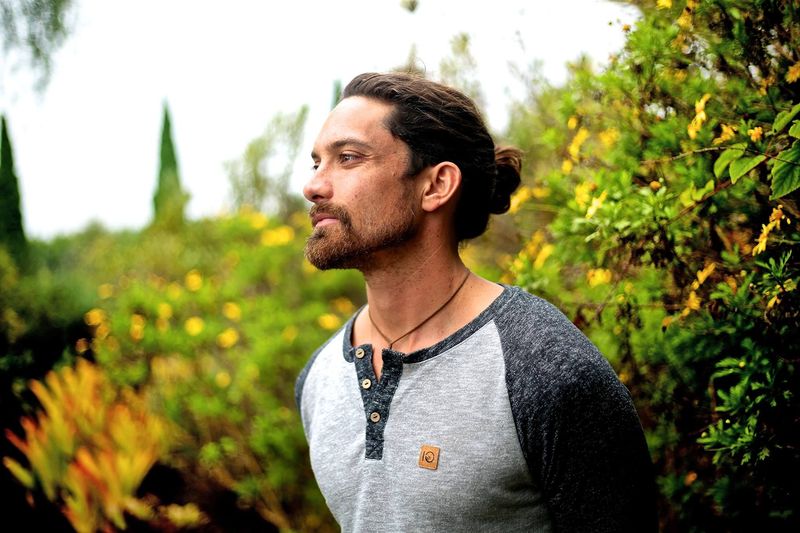 Original article by BILL O’BRIEN for the REPUBLICAN-AMERICAN (April 23, 2020)

Singer/songwriter Will Evans is no stranger to the Northwest Corner. As founder of the former rock band Barefoot Truth, Evans has been a perennial performer at Infinity Hall in Norfolk, where he and the guys in the band used to eat the bistro out of hearth and home.

During a concert there in the Icebox of Connecticut, Evans paused to remark how amazing it was for him to look out at a packed theater in a location that was in the middle of nowhere. For him, maybe, coming from southeastern Connecticut, but not for his local fans.

And now those fans and others across the state can see Evans continue to perform even as music venues like Infinity are shut down because of the coronavirus.

He has joined the growing list of musical artists who are giving free concerts from the safety of their homes – in his case, from his basement.

“We’re calling it ‘At Home with Will Evans,’” he said. “I’m including my wife in there. We put our daughter Hazel down at 7:30 and then rush to the basement, hang out, have a beer. She’s answering questions live, responding live to people, while I play. It’s kind of our big night out.”

Evans is a multitalented performer, being adept at vocals, guitar and drums – especially the drums. Throw in the occasional didgeridoo and he’s a one-man band.

He’s been doing his concerts on Thursday nights at 8 every week for about four weeks now, with another one due tonight on his Facebook page (search “Will Evans basement sessions”). 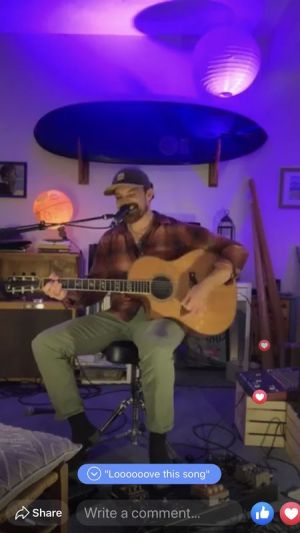 “I kind of waited a little bit to see what was going to transpire with things and a lot of others were doing it every night,” he recalled before last week’s show. “First night went really well. We had a lot of viewers on just word of mouth. Folks had a little pent-up emotion to see a show. From there it kind of seems it’ll be in the situation for a while. We’ve gotta do something.”

Evans performs for about an hour, taking requests but also coming prepared to do his own songs from his Barefoot Truth days and his solo career, or even covers of some of his favorites. On April 9, for instance, the week John Prine died from COVID-19, Evans performed one of Prine’s signature songs, “Angel From Montgomery,” which got a lot of airplay because of the nature of Prine’s death in a hospital. Fans were moved based on some of the comments that scrolled by. “Damn, son … beautiful,” Terry Cline wrote. “Already crying,” added Tara Ward.

And as if that weren’t enough to get the emotions flowing, Evans followed it up with a moving rendition of “Lean on Me” by Bill Withers, another virus victim.

“Thanks for allowing us to lean on you, Will,” commented Debra Dion.

Sometimes Evans can’t get to a fan request right away because he hasn’t performed the song for so long, he needs to practice. But he’ll come back the next week and belt it out, naming the fan who asked for it the week before.

“So far I haven’t played the same song twice so we’ll see if we can keep that going,” Evans said. He has about 150 original songs, so he plans to make it last a while.

What makes his sessions unique, he said, is the assistance he gets from his wife, Emily. “Most people are just here for you, now, let’s be honest,” Evans told her at one point during the April 9 concert.

She answers the scrolling comments, says hi to friends, family and others who tune in, and generally keeps things moving with technical assistance.

Evans might also get an assist from his dog Millie, about whom Evans wrote a song a few years ago. It remains a favorite among fellow animal lovers, and if Millie is feeling up to leaving her bed, she might make a cameo tonight, Evans said last week.

He said he’s unable to do an online concert with other members of the former band because of the lag time in live streaming, but it’s possible he may add in one other performer if he can manage the technical aspects of the connection.

The sessions are filmed on his iPhone because it offers the best picture and sound quality. “If you play it through the TV or surround sound, you can hear the bass,” he said.

Nobody saw this phenomenon coming, Evans said, and he hopes it will continue with more artists doing their own sessions. “We’re tying to make best of it. We’re creative people by nature so we’re used to trying to eke out a living any way we can.”